In casinos, players often have a choice between American and European Roulette. These two roulette games are similar, but slightly different. The former is played mainly in America, while the latter is played in Europe. In our article, we will highlight the advantages of European roulette.

Presentation of the two roulette variants

American roulette is an adaptation of European roulette. It has been geared to the American culture. To mark the difference, they introduced a double-zero square to the game wheel. In the American version there are squares 0 to 36, and the double zero, making 38 numbered squares.

European roulette has 37 squares numbered 0-36. The zero is in the house’s favour because you can’t bet on it in most number groups. The same is true for the zeros in American roulette.

The American game table is smaller than the European one, and the games are faster. In addition, the numbers are not placed in the same way on the two wheels. This difference has no impact on the rules of the game.

The key difference between the two wheels is the number of squares. While there are only 37 squares in European Roulette, there are 38 in American Roulette. The extra number for the American version is the double zero. You have fewer chances of winning if you choose American instead of European roulette. Although the zero on the European game gives the house an edge, in the American game, the house has a much higher margin with the two zero squares.

Since there is an extra number on the American roulette wheel, the order of the numbers is different. Both versions have 18 even numbers, 18 odd numbers, 18 red squares, and 18 black squares. The main difference lies in the chances of winning regardless of the bet made. Overall, European Roulette always pays the best.

Here’s an exclusive bet in American Roulette. The Five Number Bet is made on the two zeros and the numbers 1, 2 and 3. The chip is placed on the outside corner between the 1 and the 0. This is a five number bet that pays six times the original bet on a win.

Rules of American and European roulette

It is essential to know the rules of the two games. Indeed, even if it is easy to understand how roulette works, you should still study the basic rules. You should also learn the most popular gambling strategies in order to reduce the casino’s margin a little.

One website that does a good job of explaining everything you need to know about 36-number casino wheels is the online Roulette guide. This guide gives you all the secrets of roulette, including French Roulette. The French version is available in some prestigious casinos. The advantage of this version is that there is a rule that allows for half of the losing bets to be recovered on the single odds when the zero comes up. However, French roulette has two disadvantages: the game sessions are slow, and the minimum bets are high. In other words, French roulette is a classic game for wealthy players who like to play in palaces.

Which Roulette variant should I play?

Of course, luck has an impact in roulette! If it’s your lucky day, you can win at any time regardless of the game you choose. However, you’re better off trying your luck on European Roulette. It’d be a shame to ruin your chances of winning chips by opting for the American version!

You can play American and European roulette at most online casinos. Some casino sites like Spin Casino even allow you to play roulette with a croupier in several versions of the 36-number wheel.

By becoming a new registered customer at a reliable casino site, you will receive generous bonuses on your first real money deposits. Of course, every good casino site offers free versions of roulette for risk-free practise. These features are very popular with beginners who want to learn to play without spending money. 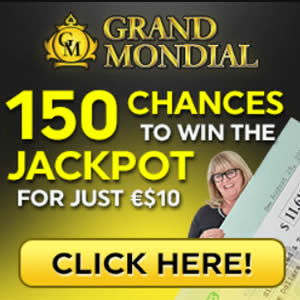